The company you (don’t want to) keep: When shareholders won`t share anymore 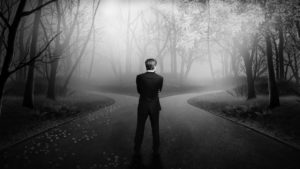 Entering into any business venture is fraught with challenges, risks and, hopefully, also rewards; but what happens if somewhere along the line the shareholders of a company no longer get along and want to call it quits? Can a solvent company be wound up if the shareholders don’t get along?

There are a myriad of reasons why shareholders might no longer get along and wish to terminate the relationship by winding up the company. Sometimes shareholders disagree on matters related to the business of the company and may find themselves in a deadlock, if their shareholdings are equal. A deadlock may be caused by various factors such as disagreeing over the company`s insurance policy, management issues, disputes about compensation or investment of the company`s assets. Disagreements of this type may also be more symptomatic of an underlying cause or problem such as loss of mutual trust and respect, a personality clash or a dysfunctional family or marriage relationship between the shareholders.

For example, five years ago, Ann and her husband, Pete, bought shares in a friend`s company “Alright Investments”. Alright Investments has four shareholders in total, namely: Ann, Pete (Ann`s husband), Mary (their mutual friend) and Joe (a young entrepreneur). These four individuals each hold an equal amount of shares in the company (25% each). For many years all was well, the company flourished and the four shareholders enjoyed a functional relationship with each other. Fast forward to 2015 – Ann has filed for a divorce upon discovering that Pete was having an affair with Mary; Pete and Mary continued to see each other for a few months after Ann filed for divorce but Mary has since sunken into a depression after realizing that Pete was also seeing other people. Joe and Pete had a major falling out after Joe made it clear that he was siding with Ann. To make matters worse, Joe now has a different business venture in mind and envisages the company moving in another direction. The end result - a group of shareholders that no longer function effectively.

If the shareholders agree and a special resolution has been passed to wind up the company, the company must:

• Provide satisfactory security to the Master of the High Court (before filing the resolution), which will serve to ensure that the company is capable of paying the company`s debts within  a maximum of 12 months after the commencement of the winding-up; or obtain consent from the Master to dispense with the security;
• The resolution must be filed with the Companies and Intellectual Property Commission (the CIPC is required to deliver a copy thereof to the Master) together with the prescribed notice on form CoR 40.1; and
• Pay the prescribed filing fee (currently R250).

Winding up of a solvent company by court order (section 81)

Section 81 provides for the circumstances under which a solvent company may be wound up by a court order. One such example is contained in section 81(1)(d) which provides that one or more of a company`s shareholders or directors may apply to the court for an order to wind up the company in certain cases, e.g. when there is a deadlock or if it is otherwise just and equitable for the company to be wound up. However, it should be borne in mind that the court has a discretion on whether or not to grant a winding-up order, and it will depend on the circumstances of each and every case.

Should you be involved in a company that is no longer functioning effectively and the shareholders cannot agree on how to take the company forward, it may be prudent to contact a corporate practitioner to assist and discuss the various options available, including the winding up of the company.