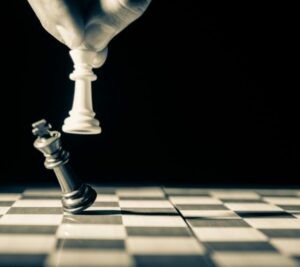 Recession and the legal impact it poses on businesses !

South Africa has moved from the unprecedented experience of Covid-19 which devastatingly impacted the economy and various industries, to having a load-shedding crisis and constantly increasing petrol prices. Economists, investors, businesses and consumers alike have been questioning whether we are heading for a recession.

A recession is a period that lasts long enough for the GDP to reflect a decline in trade and industry activities, which in turn causes the economy to similarly decline. Strictly speaking, economists define recession as two or more quarters of declining growth. You can normally spot the trends in looking at employment, real income and retail prices.

What happens if we go through a recession is that the economy will likely experience a decline in production and thereby a reduced demand for labour, which effectively leads to falling wages and retrenchment as companies face financial pressure from the increasing struggles to remain operational.

In the legal context, companies and employees must familiarise themselves with the retrenchment process in this period. The Labour Relations Act 66 of 1995 affords an employee the right to not be unfairly dismissed, but at the same time, an employer has the right to dismiss an employee for a fair reason stemming from the employer’s operational requirements (but subject to fair procedures). Both these rights give effect to Section 23(1) of the Constitution of the Republic of South Africa, 1996 which allows everyone the right to fair labour practices.

In terms of the Labour Relations Act, for an employee to have been found to have been fairly dismissed, it must be shown that the employee was dismissed in order to give effect to a requirement based on the employer’s needs (including economic or structural); that the dismissal was operationally and rationally justifiable; that alternative options were considered; and finally, that the selection of employee was fair and objective. The burden of proof to show this ordinarily falls on the employer.

The process of retrenchment is also one by which an employer will need to consult with the employee beforehand, failing which the employee will be found to have been unfairly dismissed.

While it is not a forgone conclusion that a recession will lead to retrenchment, it is plausible to anticipate retrenchment as a direct outcome. It is always advisable to consult with an attorney if you find yourself contemplating retrenchment during this uncertain period.