LABOUR DISPUTES VS COMPANY IN LIQUIDATION 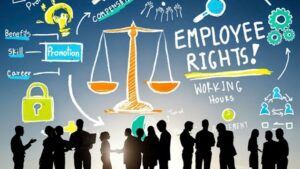 Whether employees who have lodged a claim in the Labour Court against an employer that has gone into liquidation may proceed with their claim if they have not provided the liquidator with the requisite notice as required by South Africa’s company laws?

It is a peremptory requirement that written notice be given to the liquidators within four weeks of the liquidator’s appointment if an employee wishes to proceed with a claim for unfair dismissal. Should the employee fail to give this notice then he/she will be deemed to have abandoned his/her claim.

In Direct Channel KwaZulu Natal (Pty) Ltd (in Liquidation) v Naidu and Others LC (D879/10) [2015] ZALCD 52, the employer (“Direct Channel”) retrenched several of its employees. The employees were aggrieved by their dismissals and referred an unfair dismissal dispute to the Labour Court.

Direct Channel failed to respond to the employees’ statement of case. Direct Channel then launched an application in the High Court for its winding-up and it was placed under provisional liquidation. The employees’ union was advised of this.

Some three and a half years later the Labour Court application was set down for default judgment. It was only then that Direct Channel filed its response the employees’ claim.

The Labour Court held that the Old Act required written notice be given to the liquidators. Should a party fail to give this notice then the party would be deemed to have abandoned its claim. The employees’ claim was dismissed with costs.

IMPORTANCE OF THIS CASE